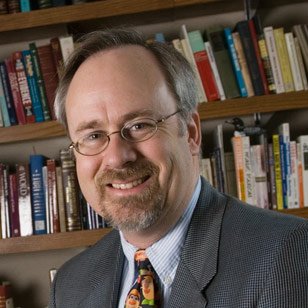 Net Politics -- Sponsored by the Council on Foreign Relations, Net Politics brings together CFR experts to investigate the impact of information and communication technologies on security, privacy, and international affairs.

The Cyber Competition between the United States and Iran Matters Less than You Think (Feb. 26, 2015).

The Push to Have Digital Technologies Included in the Sustainable Development Goals (Mar. 19, 2015).

The Relationship between the Biological Weapons Convention and Cybersecurity (Mar. 26, 2015).

The UN GGE on Cybersecurity: How International Law Applies to Cyberspace (Apr. 14, 2015).

The Global Forum on Cyber Expertise: Its Policy, Normative, and Political Importance (Apr. 28, 2015).

The Digital Single Market Strategy Will Complicate the Economic Relationship between the United States and Europe (May 6, 2015).

The Messages the Federal Court of Appeals Sent to Congress and the Executive Branch on Metadata Surveillance (May 11, 2015).

The Policy Implications of Hacking the Hacking Team (July 8, 2015).

Cyber Norm Development and the Protection of Critical Infrastructure (July 23, 2015).

Prospects for the Cuban Internet after the Normalization of U.S.-Cuba Relations (Sept. 10, 2015).

The Proposed Snowden Treaty: More of the Same Rather than Really Radical (Oct. 12, 2015).

UN Counter-Terrorism Committee Tackles Terrorist Use of the Internet and Social Media (Feb. 4, 2016).

Into Africa: The Islamic State's Online Strategy and Violent Extremism in Africa (Apr. 19, 2016).

The TTIP Leaks and the Future of Electronic Commerce in International Trade Law (May 5, 2016).

The Orlando Massacre and the Conundrum of Online Radicalization (June 16, 2016).

Is Hacking Hillary Clinton Russian Payback for the "Freedom to Connect" (Aug. 3, 2016).

The U.S. Far Right's Message of Hate Will Not Prevail Outside Its Internet Echo Chamber (Aug. 16, 2017).

Is the Privacy and Civil Liberties Oversight Board Back in Business? (Sept. 11, 2017).

Trump Administration Cyber Reports Offer No New Ideas and Highlight Problems with Its Own Actions (June 11, 2018).

ASIL Insights – ASIL Insights is a blog of the American Society of International Law. Its purpose is to provide concise, objective, and timely background for recent developments of interest to the international community.

The Continuing Global Spread of Avian Influenza A (H5N1) and Its Implications for International Law (Nov. 7, 2005).

Outcome of the Sixth Review Conference of the Biological Weapons Convention, November-December 2006 (Feb. 23, 2007).

International Convention for the Suppression of Acts of Nuclear Terrorism Enters into Force (July 5, 2007).

Incapacitating Chemicals and the Chemical Weapons Convention: Reflections on the ICRC's Perspectives on International Law and Toxic Chemicals as Weapons for Law Enforcement (Sept. 6, 2012).

Becoming Binary Amidst Multipolarity: Internet Governance, Cybersecurity, and the Controversial Conclusion of the World Conference on International Telecommunications in December 2012 (Feb. 8, 2013).

Why the WTO Is Not an Appropriate Venue for Addressing Economic Cyber Espionage (Feb. 11, 2013).

Me Thinks They Doth Protest Too Much: Espionage in the Cyber Age (July 3, 2013).

More of the Same: The Ministerial Declaration of the International Conference on Nuclear Security (July 5, 2013).

Surveillance Like a Cancer Grows? The Implications of NSA Intelligence Activities on the Non-Proliferation & Arms Control Communities (July 17, 2013).

Getting Beyond the Benedict Arnold of the Cyber Age: Crafting Post-Snowden American Policy and Law (Aug. 2, 2013).

It's Baaack! The Biosecurity Controversy Over "Gain-of-Function" Research on Influenza Viruses Returns (Aug. 8, 2013).

Neither Humanitarian Intervention Nor Self-Defense in Syria: A New Justification for the Use of Force in International Law? (Aug. 28, 2013).

UK Government Releases Intelligence Assessment on Chemical Weapons Use in Syria and Legal Position on Use of Military Force Against Syria (Aug. 29, 2013).

President Obama Will Go to Congress on Military Strikes Against Syria (Aug. 31, 2013).

Ruminations on the Seventh Review Conference of the BWC: More or More of the Same? (Jan. 6, 2012).

The WHO Meeting on Controversial H5N1 Research: What Implications for Global Health Governance? (Feb. 15, 2012).